The Picture of the day 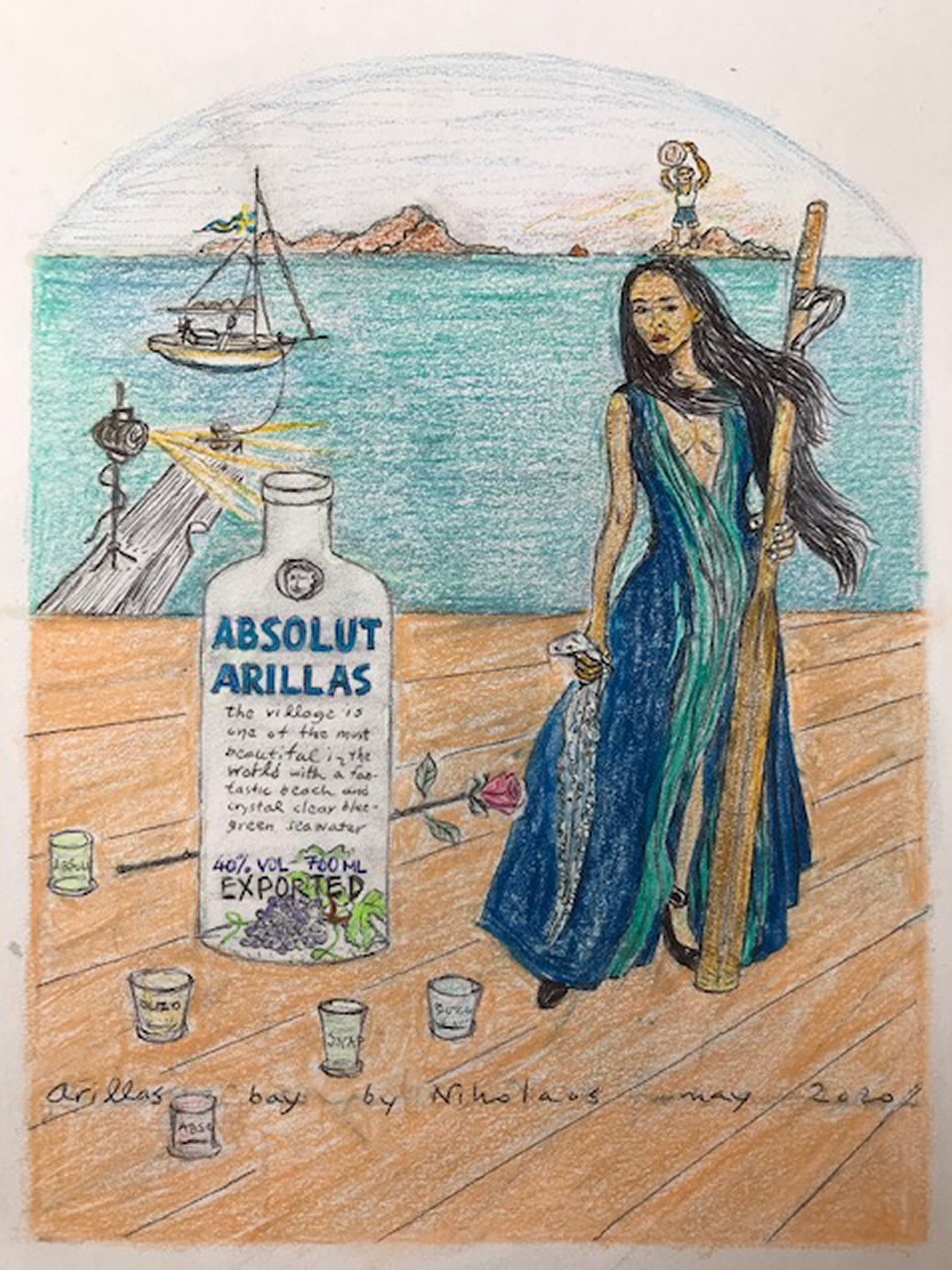 Absolutely Arillas . A picture drawn from a good friend NIKOS KALOUDIS who was born in Arillas and he is now living in Sweden.
The doodle was received yesterday to me on one of his many emails.
A mixture of modern spirit and a Classic nostalgia ( homesickness) .
The old man on the background is holding the large stone that is laying on the first small islet of Gravia called "Gyneka" ( woman)
.this stone can be seen only of you are very close to the island. It is said that it was fallen from the sky after a volcano erupted in Italy many many years ago.
The old man was our childhood's hero. His boat remains still near the pier in our memories , the "real" woman holds a handmade wooden paddle in one hand and an octopus on her other hand.
The small glasses of ouzo and other spirits are the proper companions for enjoying the taste of octopus in the summer heat by the sea.
Of course with the company of a nice Gyneka (Woman).

From our friend and Arillas Forum member Denis:

For several years Gineka, the smallest island of the Gravia group has interested me since we took a small boat trip around the area and I was puzzled by the white rock perched on the top.
Run Samwell's video “Quick scan around Arillas's bay“ and pause it near the end when you see the island with a white rock on the top. The rock even shows up on satellite photos. Photographs from several angles show that it is separate from the island with gaps underneath (see below). But how did it get there ? 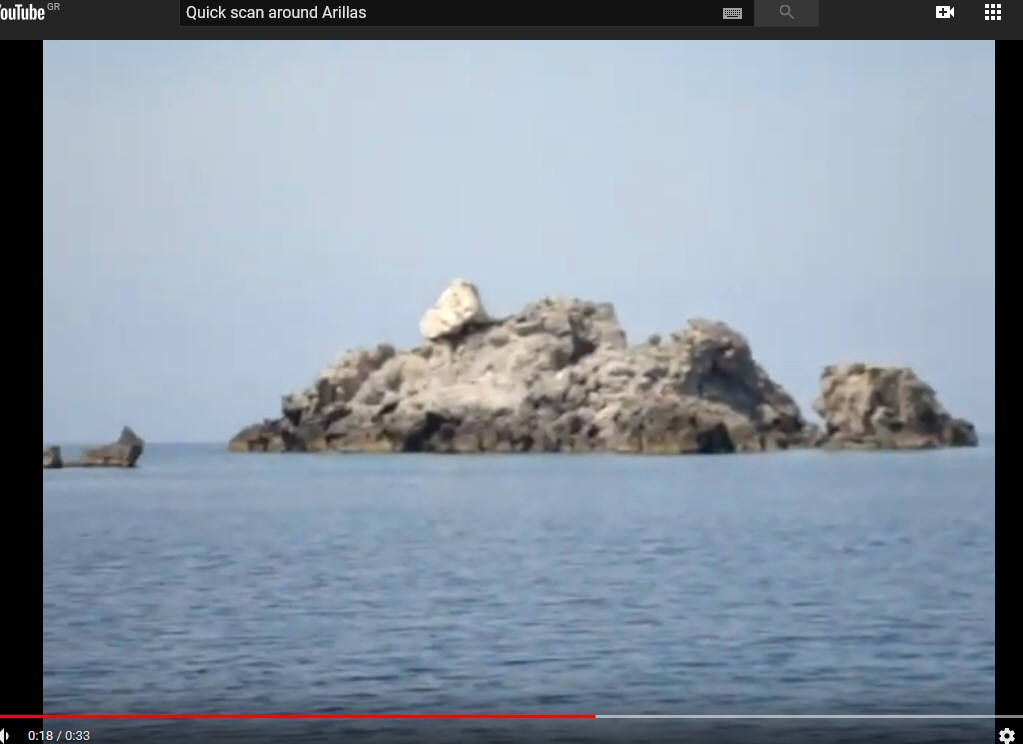 https://youtu.be/Ssf-ovFe9lk?t=17
It is at least 1km offshore so could not have rolled there from the mainland of Corfu
So has it been there since pre-history times when the Mediterranean was much lower and the islands were attached to the rest of Corfu ?
Did one of the great Greek mythical heroes hurl it from Afionas or Ariilas in a huge temper ?
It shows how sad I am that such things fascinate me and I searched the net for information. I had puzzled over this so many times that a few years ago I tracked down an International expert on Tsunamis and sent him my photos etc.
I knew the Med had had its share of huge tsunamis in ancient times and this expert confirmed that it WAS probably a huge tsunami which deposited this quite large rock there.
He could think of no other explanation and said he had seen similar things in Japan.
Could it have been about 8000 years ago when an avalanche of 6 cubic miles of rock etc on Mt Etna in Sicily fell into the sea causing waves taller than a 10-story building to spread across the entire Mediterranean Sea at speeds of up to 450 mph, slamming into the shores of three continents in only a few hours .