A trip to a different Greece...

On April 12th 2014 I visited the Corfiot village of Arillas as part of the 50th anniversary celebration for the University of Ioannina, which turned out to be an interesting visit.

Arillas is a small settlement between Agios Stefanos and Agios Georgios, approximately 40 km from Corfu town. What impressed me most was seeing the solidarity, collegiality, companionship, trust and the mutual willingness to support each other, that is noticeable between its residents. They live by the principle that every individual’s effort that serves the shared goal will return to them manifold. In the same way, an action that harms the community will ultimately harm the individual as well.
This motto serves the improvement of the inhabitants’ lives as well as the touristic development of the region, which makes their home and workplace a positive role model as a holiday destination. 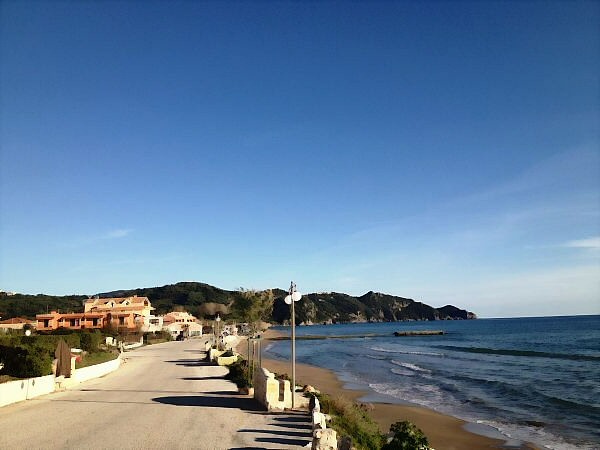 My visit was initiated by the village doctor,  general practitioner Dr. Jannis Papadopoulos. He informed me that he had been inspired after visiting all first aid seminars in our clinic. Based on my approach to make the basics of first aid available for every citizen, he organized classes for the local community of Arillas, consisting roughly of 300 people. He started these three hour lessons in 2011 every two months and they were attended in large numbers. He asked me to certify the people of Arillas in their ability to administer first aid until the arrival of a doctor and to answer their questions. On our way to the event, I noticed the well maintained roads and sidewalks as well as the public garbage bins, which are located on private land off the road, using wooden containers rather than on the roads like in the rest of Greece. 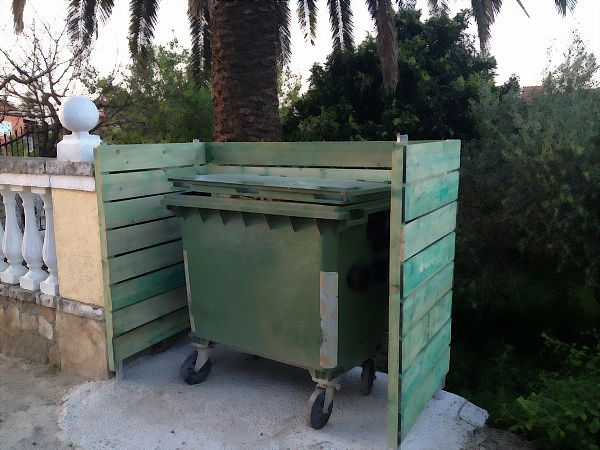 As we stopped for a coffee in the center of the village, I was surprised to see   defibrillator at the bar, right next to the spirits. It is provided here all through the winter, since it’s the central place in the village that everybody knows, while in the summer it is kept at the beach. It was donated by a German tourist, who was successfully revived by Dr. Papadopoulos after a heart attack. 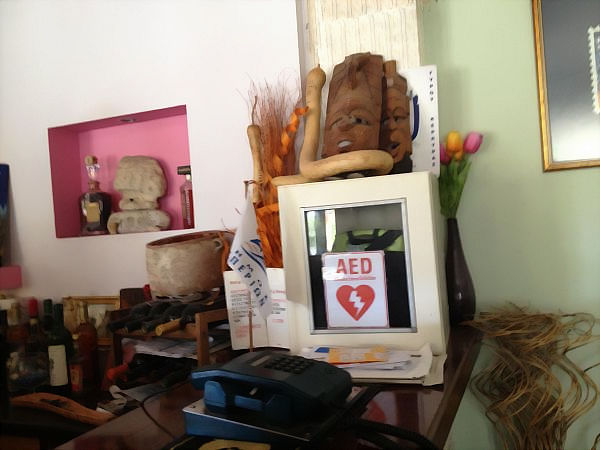 A second surprise awaited me in the cultural center, which was completely filled by 60 people between the ages of 6 an 69. Besides a library and an educational display about cardiopulmonary resuscitation, there was also a practice dummy and a training defibrillator. 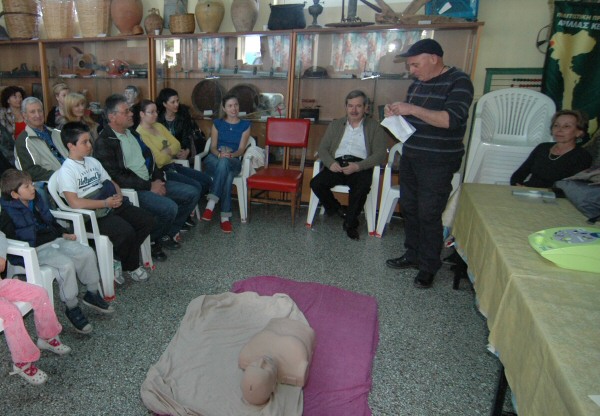 After I was welcomed and spoke at the event, I was overwhelmed by the amazing attendance and interest for the first aid training. A respectful silence like I have seldom witnessed, filled the room.
Then the village doctor suddenly cried that someone had lost consciousness, which was immediately followed by two kids aged 6 and 10 reacting swiftly and in all earnest. They examined the patient, diagnosed him and called for help. The older one then proceeded to administer a thorax compression while the younger one took emergency measures to clear the airway and began the respiration of the patient as suggested by the international guidelines of cardiopulmonary resuscitation. (see video attached)
Meanwhile, a grownup called an ambulance, providing essential information about the events and location. I was stunned by the exciting turn of events and came to, hearing my own spontaneous applause.
This scene was followed by a number of others with all attendants participating in groups of two. Children, adolescents and adults, men and women all tended to their jobs eagerly with earnest professionalism, while the room was silent. 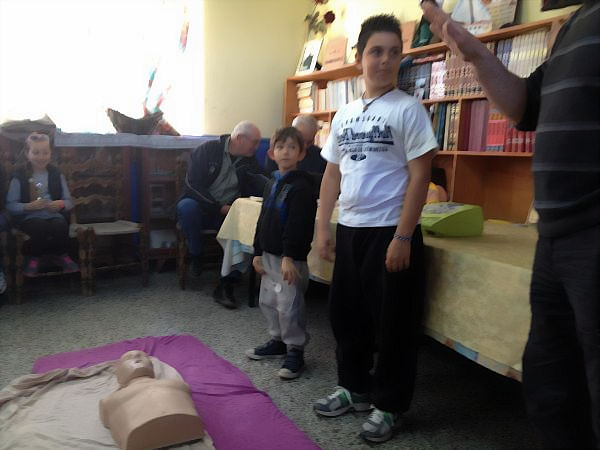 While I was busily involved, Gabriela started having a tonic-clonic seizure next to me. In a flash, two adolescents grabbed her arms and legs to carry her to the middle of the room, examined her and put her in recovery position. Gabriela might want to look into a career as an actress. I was, in any case, impressed by these successful demonstrations and am in awe about this small community and its mentality. 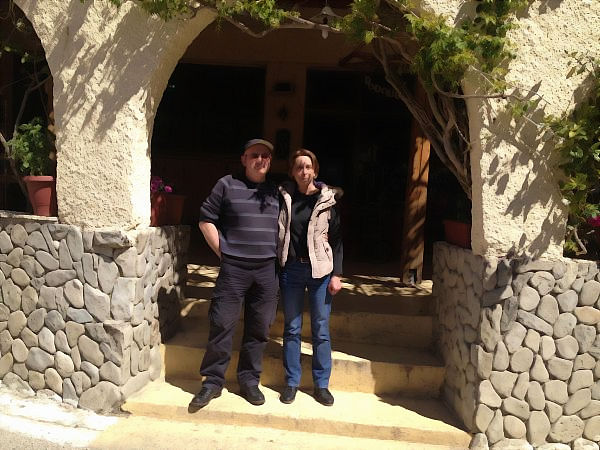 All this was spearheaded by Dr. Jannis Papadopoulos, local general practitioner and son of a emigrant family, born in Prague, where he studied medicine and specialized in otolaryngology. He was assisted by his wife Tatiana, a surgeon of Czech descent.