Proposals from the Hellenic Society of Environment and Cultural Heritage so as to safeguard the culture, the nature and the economy of the Municipality of Arillas in North west Corfu. 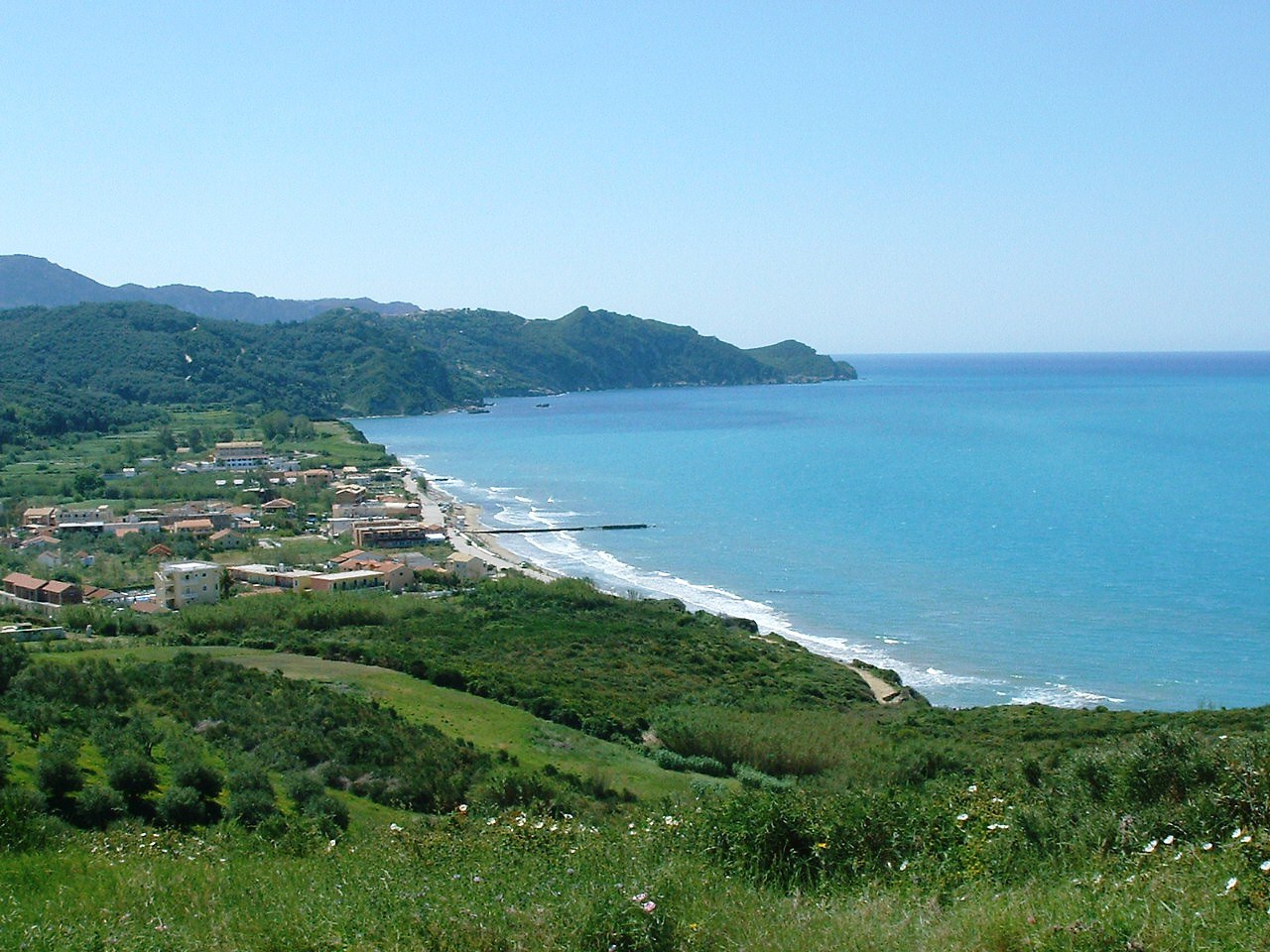 A study carried out by the Hellenic Society of Environment and Cultural Heritage, in order to demonstrate the Local Community of Arillas , proposes some solutions in order to come up against the miscellaneous problems the area faces.

It was summer, a few years ago, when a wealthy American couple arrived at their luxury accommodation in Arillas Corfu with a dream: to visit Porto timoni beach in Afionas.    How could they imagine that, in such a place in the north of the island, to cover a distance of about 2 kilometers would take them 35 minutes in their car due to traffic jam and lack of parking in Afionas area? In the end, they never arrived at their destination. .

Not only does the unprecedented traffic jam on the few streets of the island pose a problem for the tourists, but also the fact that the free spaces on the island are hard to find. Two different investment projects have been proposed simultaneously, for which the Central Archaeological Council has given a positive opinion. One proposal concerns the installation of an advanced waste treatment plant and the other the construction of a five-star hotel.
The deadline for the expropriation of the area for the construction of the plant expires in September, and if it does not proceed, the way will be opened for the tourist investment. What is striking about the case of Arillas is that the development pressures on the island did not slow down even during the decade of economic recession.

On the contrary, by 2019-21 Arillas experienced  frantic growth. The size of the development, both demographical and residential, created such problems for the municipality, that the Hellenic Society of Environment and Cultural Heritage  presented yesterday, a project for the development of the Municipality of Corfu to the Greek Prime Minister, Kyriakos Mitsotakis.

The central point of the proposals of  the Hellenic Society of Environment and Cultural Heritage for the gradual promotion of the Municipality of Corfu, was the pursuit of a large area (including the shores of Afionas on both sides along with all of north beach and a site of archaeological and natural interest in the North beach and the area of Akrotiri) that should prepare for future candidacy for their inclusion in the international list of Cultural and Natural Heritage Monuments of UNESCO (WorldHeritageSite).

In particular, the proposals of the scholars, among others, include the following:

1. Concerning the energy sector, the immediate exploitation of low enthalpy geothermal water that is abundant in Gravia is proposed, especially for the first two desalination plants that currently operate on fossil fuels. Also, it is considered important the medium-term promotion of high enthalpy geothermal from Diaplo, which will allow sustainable movement with electric vehicles in the two municipalities of Arillas, Aghios Georgios and Afionas.

2. In order to deal with the tourist overgrowth, it is considered crucial to avoid synchronized cruise ship arrivals, partly by using a floating altitude fee for each visitor, higher during peak hours, as in Venice and faithful implementation of the program of the Municipal Port Fund of Agios Stefanos Avlioton.
It is also proposed to limit or even completely ban the creation of new tourist accommodation in non-planned areas and in some settlements where there is saturation (e.g. kalamiones, Imerovigli, Aloupotrypes, Dafnes, Afionitika, Little England and Kavaditika until Larna). As a solution, the reduction of Building Factors for hotels (in all zones) is preferred, in order to be in line with those of local residences.

3. Housing Development requires, for some time or permanently, some unpopular bans until the relationship between superstructure and infrastructure becomes viable again. Among other things, it is proposed:
(a) Prohibition of temporary construction in the off-plan areas with special emphasis on the three roads between Arillas and Afionas
(b) Absolute prohibition of new construction in specific, already overloaded, zones.
(c) Prohibition (or reduction) of construction projects in already overcrowded areas.
(d) Renewal of annual suspension for any permit for a new hotel or other type of hotel accommodation, until it is certified that the infrastructure has been sufficiently upgraded and approved by the Special Urban Plan.

4. As for the water resources of our area, a place with particularly low rainfall, the installation of a cistern (water tank) is proposed in every new building. The installation of a dual water distribution system _ one for drinking water and the other for reusable water and  proper irrigation in fields and gardens will also contribute to the alleviation of the problem.

5. As for the waste management, the researchers consider that the expropriation of the Larna Mines (near nicks love house) should be completed within July, so that the site will be available for the installation of a waste management infrastructure (e.g. green spot). The foundry will be installed in the southwestern tip of Kavadades. An overhaul of the recycling system is also required.

6. For agricultural land and agricultural production, state support is required for the inclusion of the olive-growing zone of Arillas and Magoulades in the Representative List of Intangible Cultural Heritage of UNESCO, preservation, as olive-groves, of all areas that were olive-groves in 2011, with simultaneous and economical ban on land use change to avoid the threatened monoculture of tourism.

7. Concerning the Landscape and the Areas of Protection there is an urgent need for recognition and protection of the special landscapes of Corfu that are already endangered by unauthorized or uncontrolled construction, such as Afionas center, Amiski beach, Aloupotrypes area, Graves area and the south side Arillas beach) as well as the area along the road to Kavadades.

The institutionalization can be done either with the forthcoming study of the Special Urban Plan, or through the current Special Environmental Study and Management Plans. Among others, it is proposed to set a threshold of 10 acres for housing in off-plan areas and harmonize the building factor for hotels in a perimeter zone of 200 meters around the settlements with those applicable to housing. In addition, researchers formulate further proposals for cultural infrastructure, but also for the design of sustainable transport with an immediate ban on the movement of four-wheelers and the introduction of a toll for the use of a car by a single passenger at peak times and seasons, creation of parking space outside the settlements.
Moreover, strict observance of a limit of 800 passengers entering Arillas beach daily, including groups from the local clubs and near-by hotels.